From President Andrew Parker:  “If you see the great Matt Cioffi around town give him a couple dozen high fives. At… [the] District 33S Cabinet Advisory meeting the Easton Lions Club website was named the Best in District 33S for the second/third/fourth/fifth (we forget how many exactly) year in a row… Many Lions Clubs have […]

Written by Jon Morgan In 1917, Melvin Jones, a 38 year-old Chicago business leader told embers of his local business club they should reach beyond business issues and address the betterment of their communities and the world.  Jones’ group, the Business Circle of Chicago, agreed.  After contacting similar groups around the United States, and organizational […]

Over the past couple of months the Lions have been hard at work at their general Club Meetings working on many things!  Here are a few of the highlights!  Queen of Hearts The Queen of Hearts pot grows ever larger!  It’s currently over $1,000! Congratulations to recent winners… Liam Grant… Steve Hoffmann… Joan Maver… and […]

The Easton Lions Club met on March 9, 2022, for its first Wednesday of the month meeting. After a successful Board of Directors meeting the Club meeting began with the traditional 5-point opening and a traditional Irish feast also known as “boiled dinner.” The corned beef and cabbage served up by Arlene Keach’s Food Committee came from […]

The Lions are Back!

After a 18 month hiatus… the Easton Lions Club is back! In a new location… with new leadership… in a new year… with new resolve… The Easton Lions Club membership met for the first club meeting of the 2021-2022 year at The K of C on Wednesday, September 13th.  A Board of Directors with some […] 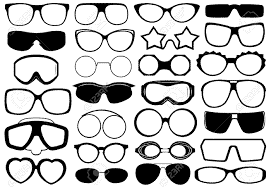 From our Third VP – Matt Soeldner Eye Glasses Cleaning After having off the month of July the Eyeglass Cleaning will be starting up again in August. The following Mondays have been set aside to clean and sort eyeglasses. This is a great way to meet new Lions and get ideas on projects that they […]

By Matthew Soeldner, Club Secretary I have been lax on putting out information about District happenings so let’s change that. Eye Glass Cleaning Happens twice a month 1st and 3rd Mondays during the winter months, weather permitting. So the next cleaning will take place on January 21 at the Raynham Lions Club on King Phillip […]