The Thrift Store is brimming is with activity and merchandise!  So come on in and shop til you drop!  We are OPEN from 10am-2pm (donations accepted until 1pm) and there’s LOTS “in store”!!! Look at the Showroom Floor Come check out our sale prices! Featured Item of the Week! This week’s Featured Item of […] 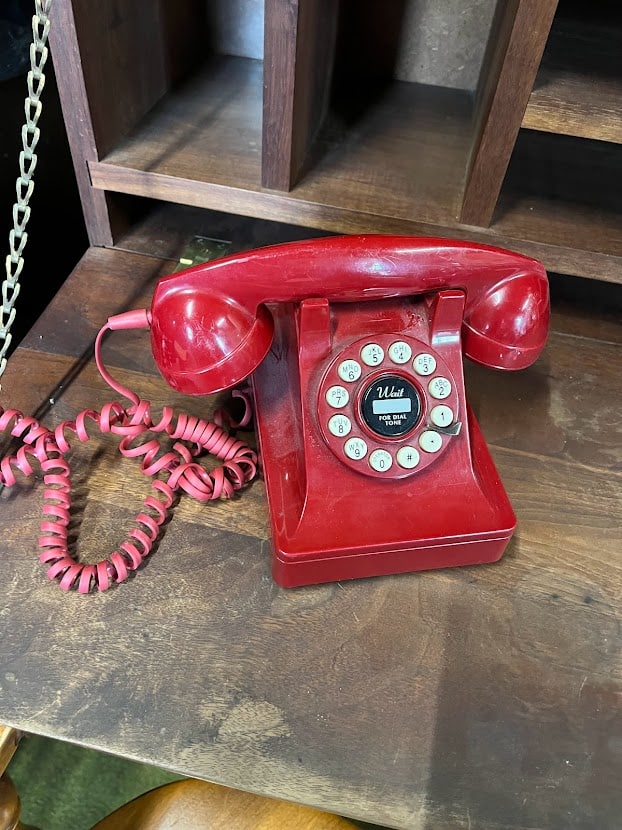 ” Vintage” Phone We usually start this blog post with… “It’s going to be another beautiful autumn day”… but… alas… they can’t all be nice days outside… BUT…what about INSIDE the THE EASTON LIONS THRIFT STORE??? The weather may look frightful but the merchandise is always delightful!  We are OPEN from 10am-2pm (donations accepted until […]

“Brand new” this week… vintage sewing machine It’s going to be another beautiful autumn day  and… THE EASTON LIONS THRIFT STORE IS…. OPEN!! From the Governor Ames Estate Watch an upcoming post for the fascinating story behind these two glorious artifacts with quotes from both David and Bill Ames. Last week the monumental moose sold […]

This Week at the Thrift… June 25th

Lots of red, white and blue at the Thrift Store this Saturday The Easton Lions Thrift Store is open every Saturday from 10am-2pm (generous donations accepted until 1pm.)  This week we are featuring some patriotic items to get you in the mood for the 4th of July as well as some beachy items to welcome […] 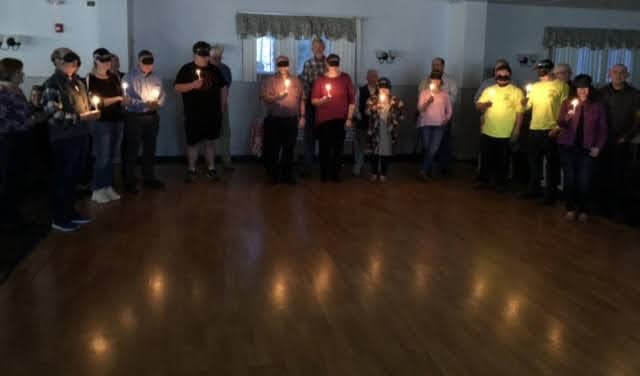 Written by Jon Morgan In 1917, Melvin Jones, a 38 year-old Chicago business leader told embers of his local business club they should reach beyond business issues and address the betterment of their communities and the world.  Jones’ group, the Business Circle of Chicago, agreed.  After contacting similar groups around the United States, and organizational […] 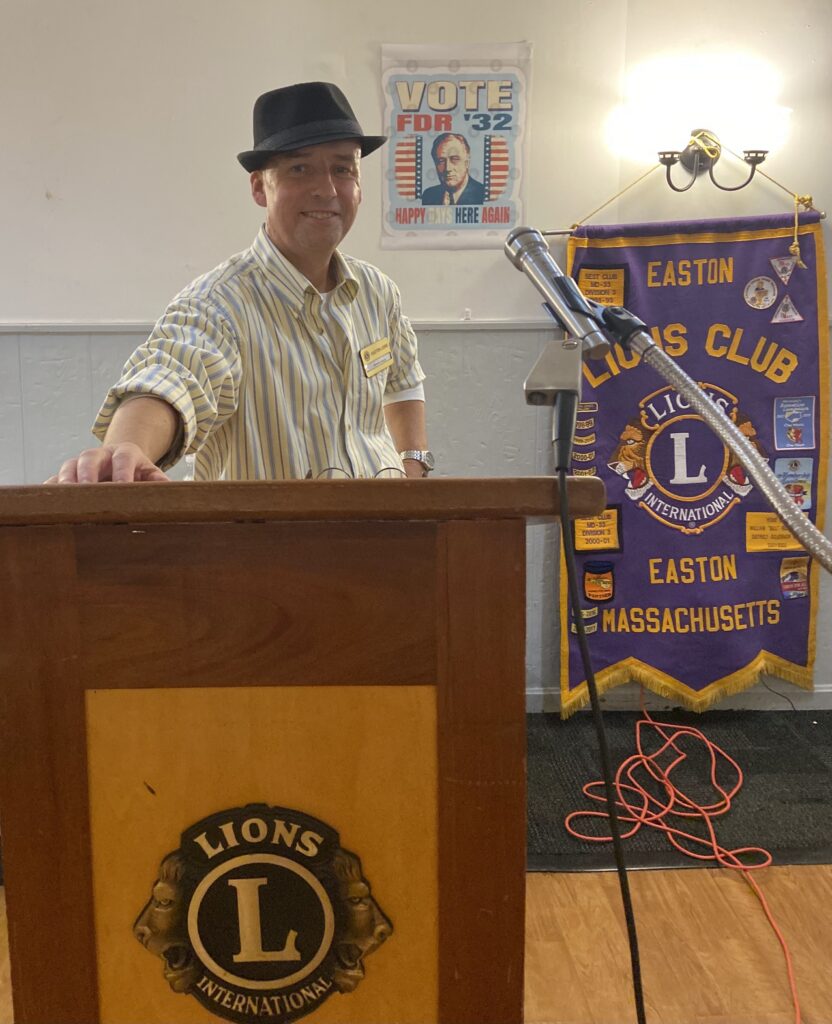 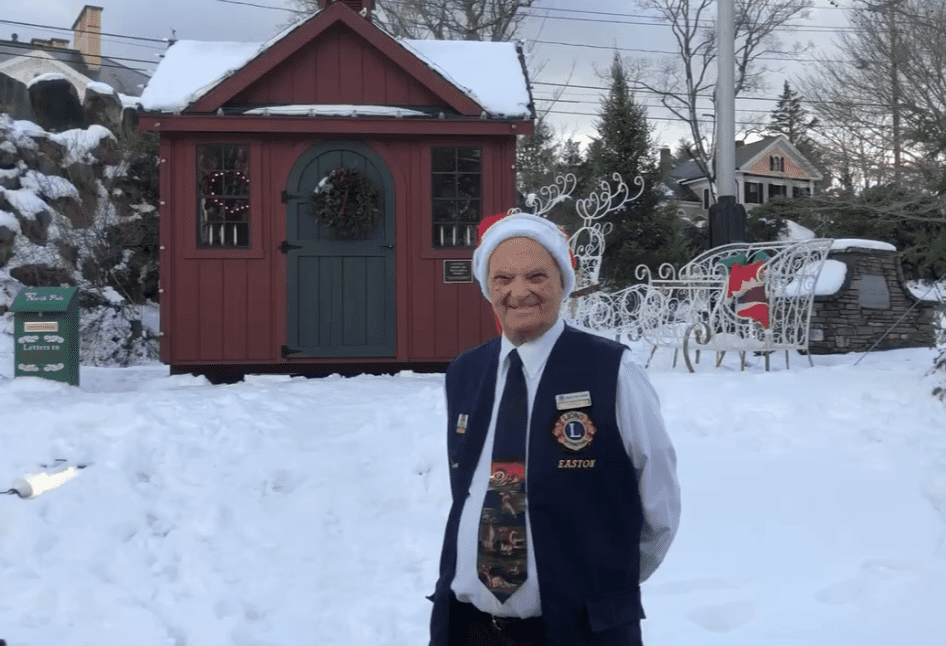 I was 45 years old in September of 1979 when I joined the Easton Lions Club. I just finished 40 years of membership. Only Charlie Hammond and Jerry Deneault are longer term members than I. I had been asked to join our club many times before, but the timing was just not right for me. […] 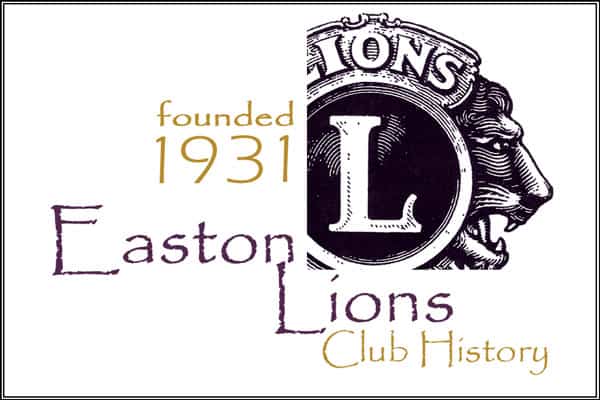 Born in the Great Depression and forged by the challenges of World War II, the Easton Lions Club entered the Post-War era with seventy-two members in a town of just over 6,000. Over the next sixty years while the membership ebbed and flowed, the needs of the community would only grow. In 1951 you could still get a fried chicken dinner for under a dollar at Topsy’s Chicken Coop, one of the many restaurants where the Lions have met over the years. In that year the Lions hosted an Annual Child Welfare Night benefit. The club called in the assistance of the Brockton DeMolay and Rainbows to produce a musical featuring familiar tunes like…