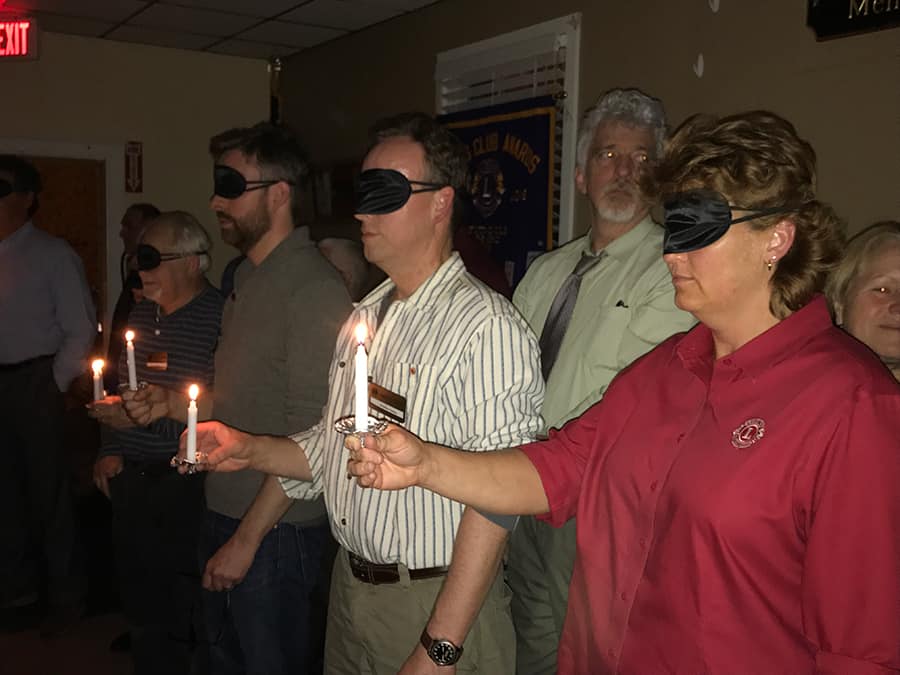 We will have a second induction in the fall of 2017 for those who could not make this one.

At our April 26th meeting, Matthew Cioffi, club president, recognized Lion Ed Hands for his service as Easton Lions Club’s Lion of the Month.  Ed was honored for being instrumental in bringing new ideas to our Club like our new Fishing Derby, being our Club historian and for making the Thrift and Grange a safe & welcoming place to work. Thank you, Ed, for making our 85th year a memorable one!

On April 22nd, 2017, we remembered another good friend and fellow Lion Robert J. Kane.  Bob was 74 and founder/co-owner of the Kane Funeral Home & Cremation Services and a resident of Easton for the past 52 years.  He Bob joined the Easton Lions Club in June 1968 and was an honorary friend of the Lions from 2010 to 2017.  Bob supported the Lions year-in and year-out throughout is long tenure with the Easton Lions.  May God hold you in the palm of his hand.