As I mentioned at our election of officers meeting on April 11, this will be my last year as Secretary. Next year will be my 7th year straight year and 11th overall as Secretary. It is time to step back and reflect. I was first elected back in 1990 but actually started my term 4 months early as the secretary at that time had to move for a new job. So I have served 12 administrations as my time as Secretary.

The only remaining member who was president during those years is Rich Freitas, all the others have scattered or passed away. 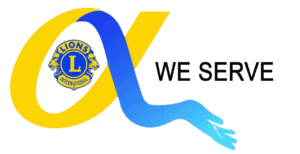 The position requires an attention to detail but it isn’t as bad as you may think. There are many resources you can use from International, to the District and even me. I will be happy to mentor this person during the coming year and introduce you to the District leadership team.

So, if you have an interest let me know or Lori Maver as she will be the president that you will be serving. It is a rewarding position, you will learn a lot, and will have a great influence of the future of the club.

Those that I have served

Remember, I will be here to help you serve and be the best you can be as Club Secretary.  You’ll have lots of fun!