It was just a wee bit chilly on Saturday morning as a hardy group of Lions descended upon the Rockery to do the annual cleanup of fallen leaves. We didn’t have Jon Mallers (who is out on Injured Reserve) this year, who normally gets there a day early to get started.  Instead the Town DPW was there on Thursday. The DPW trimmed the flora on the Rockery, which was very much needed. There was still work to be done and it was done in record time. The following Lions attended, I believe it was for the coffee and donuts, not the exercise and fresh air. 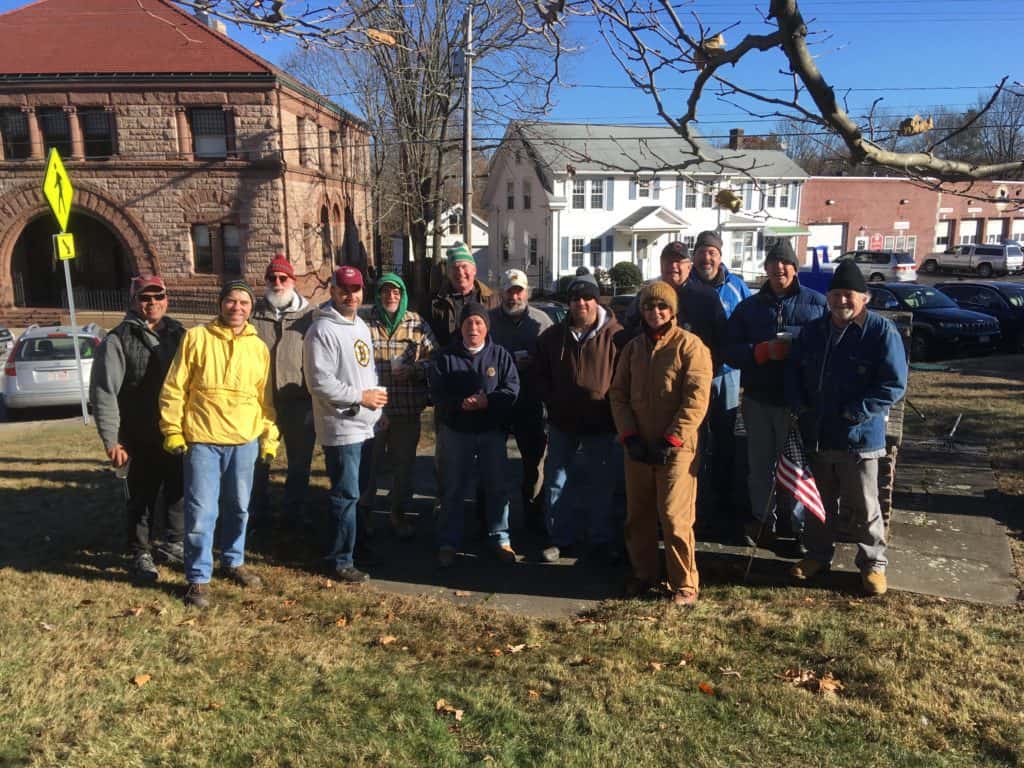 A big thank you to them!