On October 29, 2016, the Easton Lion’s held its annual “Build a Scarecrow Day” at the Yardley Wood Rink.  A lot of families showed up throughout the day to make some scary and beautiful Halloween creations.  This year we had 20 entrants with our youngest being only 17 months old and our oldest creator being 9 years old.  See all the scarecrow pictures posted on the Easton Lions Facebook page (www.fb.com/EastonLions), be sure to take a look!.  A few are below.

The Easton Garden Club were again welcomed as our esteemed judges!  I would like to thank Garden Club President Cindy Lemish, Leslie Mullen, Virginia Harte, and Ann Trettis for assigning awards and selecting the best in show, which was also our “Scariest” done by Noah and Dublin, both age 3.

I would also like to thank the Lion members who helped make this a success.  Bill Palmer (and his wife Christina) and John Mallers for organizing this event, Ruth Calvegne for donating clothes from the Easton Lions Thrift Store, and Lions Judy Jackson, Amos Keddem, and Matthew Cioffi for coming down to help during the day.

The Scariest won the Best in Show 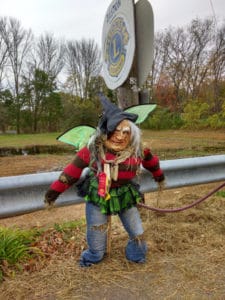 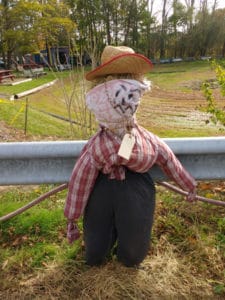 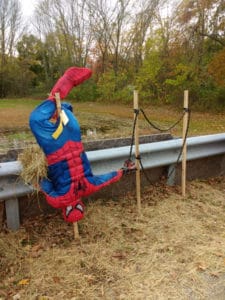